William Curtis is a native New Englander, born and raised in Gloucester, MA, who has enjoyed a lifelong interest in art.  He was instructed and encouraged by his father, Roger Curtis, a noted Cape Ann artist, and his uncle Howard, a well-known artist and Gloucester High School’s art teacher.  Bill recalls many occasions when he and his two brothers, Alan and David, also accomplished artists, would accompany their father on plein aire painting trips around the Gloucester area.  These excursions have always remained some of Bill's favorite memories of learning and enjoying art and the great outdoors. 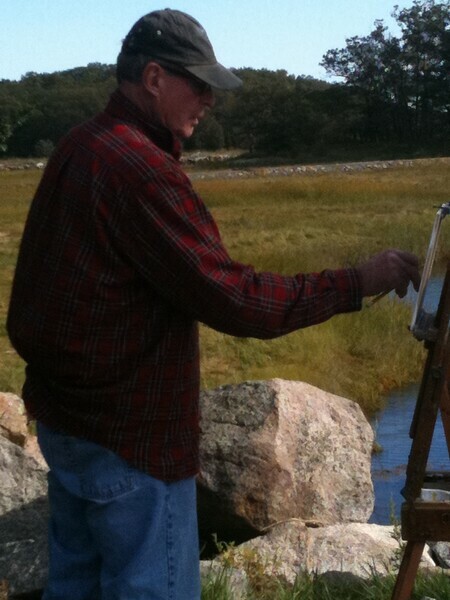 t time painting with and learning from Ken Gore, another noted Cape Ann artist, who he accompanied on painting trips to New Hampshire in the dead of winter.  Believing that everyone has a different approach to painting outdoors, but the basic fundamentals remain the same, Bill developed his own approach to landscape painting.  Working in oils, he enjoys painting on locations outdoors, developing sketches of the subject and often returning several days in a row to capture a fleeting moment.

Recently moving to midcoast Maine, Bill has been exploring and sketching the rugged coastline and wooded interiors.  He has found here what he truly considers “Mother nature at her very best," where each season has so much to offer in sheer beauty and challenge to an artist.

Bill has enjoyed painting landscapes for well over 40 years with his native New England as the subject.  He has placed paintings in private collections in Massachusetts, Connecticut, New York, and Virginia.